Is Micro Four Thirds dead? Should I buy an m43 sensor camera? A lot of people are asking this question, from beginners to professionals.

[UPDATE NOVEMBER 2019 On Olympus Shutting Down Their Doors]
As you know, in the past few weeks, a rumor has spread over the Internet that Olympus is shutting down their imaging division. Olympus provided an official statement to Photo Focus denying this rumor. I invite the readers to take a look.

If you want to learn the main differences between the different camera sensors you can read my recent article Camera Sensors: Full Frame vs Crop Sensor vs Micro Four Thirds

Down below in the article I’ve added a few videos from experts that share different opinions on this matter. It’s really important for readers who are looking into entering the world of photography to have a broad view of the topic before making their choice of buying any camera system. Scroll the page to watch the videos.

First of all a bit of history for those of you who are not familiar with this technology, but if you want you can skip this section and jump straight to read why I think that the Micro Four Thirds system is not dead.

The 4/3 sensor (not m43) was designed for DSLR cameras with the aim of creating a new, original and entirely digital standard, that allowed the interchange of lenses and bodies from different manufacturers. The Four-Thirds name was chosen because due to their inner working they delivered pictures with a 4:3 aspect ratio as opposed to the 3:2 aspect ratio of SLRs.

Back in 2008 Panasonic and Olympus moved away from SLR bodies and announced the Micro Four Thirds format. Using the same 4/3 sensor, they designed a new camera system that didn’t make use of the mirror. Mirrorless cameras were born.

The range of lenses was very limited at launch, but the two brands strongly believed that this new design would become the standard in the future of cameras and rightfully so I’d say. They were the first interchangeable lens mirrorless cameras and what was impressive despite how radical and revolutionary they were, it’s that they operated a lot like a DSLR. We can say identically.

They were different in the fact that they were significantly smaller and lighter in size than DSLRs thanks to the absence of the mirror box that sits behind the lens. In addition, they worked seamlessly in live view from both the viewfinder and the rear screen, borrowing technologies from professional video cameras of that time.

Despite general skepticism and people affirming that Micro Four Thirds wasn’t going to have a future, after 11 years, it’s a fact that many professional photographers have embraced and rely on this system.

In recent times Olympus and Panasonic have released Micro Four Thirds cameras of really high quality with high-end lenses, for more demanding photographers and pros. Today the professional lines of Olympus and Panasonic compete and in certain cases outperform full frame sensor cameras. The range of lenses available is also much wider today and the choice is even more abundant if you consider that you can use Olympus lenses on Panasonic and vice versa.

Pros of The m43 System

Size and weight are probably the biggest selling point of the m43 system. With basically all the other brands on the market now producing mirrorless bodies, the Micro Four Thirds system still has the advantage of relying on much smaller and lighter lenses.

This is where the real difference in weight and size is significant. You can basically carry multiple m43 bodies and lenses in a single small backpack.
Another advantage of the m43 cameras is that their focal length is multiplied by 2x compared to a 35mm-sized sensor. So, for example, a 12-40mm m43 would be equivalent of a 24-80mm full-frame, hence they have an advantage for telephoto work.

Micro Four Thirds cameras are innovative and often explore new features before others. Olympus pride themselves on producing one of the best in-body image stabilization. Features like silent shutter, 4k video, focus stacking, bracketing, touch screen LCD and much more are all “toys” available to m43 cameras.

Price is another positive of m43. There’s a considerable difference in cost between Micro Four Thirds and full-frame systems. Now take a look at the following image. It is taken with the Olympus OM-D EM-1 Mark II a m43 sensor camera.

The OM-D EM-1 Mark II is a professional micro 43 camera. It’s not a cheap system but compared to a full-frame one it is. It made me save a lot of money. Also keep in mind that if you’re not a pro you don’t need to spend thousands of dollars on a full-frame system, especially if your images will only be used to share on social media. With that being said, with m43 you are perfectly able to print your work at a really good resolution.

Cons of The m43 System

Even though they have seen huge improvements in low light shooting, m43 sensor cameras tend to struggle if compared to their APS-C or full-frame counterparts. A smaller sensor will deliver more noise in dark situations.

A caveat is that thanks to the ridiculously awesome in-body image stabilization Olympus cameras have and a much smaller sensor moving around, you can handhold them for a longer time at slow shutter speed. This way you can lower the ISO sensitivity and mitigate the noise.

Find out what the f-stop (or f-number) is in the article Photography Basics: Aperture.

Another limitation is that you can’t crop your images without significantly losing quality. A smaller sensor also means fewer megapixels, so again when you shoot you need to pay attention that the composition you want is actually the one you’re framing because cropping the image in post would result in a slightly smaller file size and so smaller print capabilities.

Obviously this is meaningless if you don’t have to print your photos at a 9×9 foot size (3×3 mt).

So is Micro Four Thirds Facing an Imminent Death?

Since Panasonic declared that they were working on a full-frame camera in late 2018, the idea that the M43 system is going to see its final days has quickly spread over the Internet. Thanks to some YouTube videos like the one above and to some photography blogs.

To me, this idea makes no sense and here’s why.

First of all, if you’ve read one of those blogs or for example watched Tony Northrup’s YouTube video (to name one since it’s not alone), those titles are click-bait. 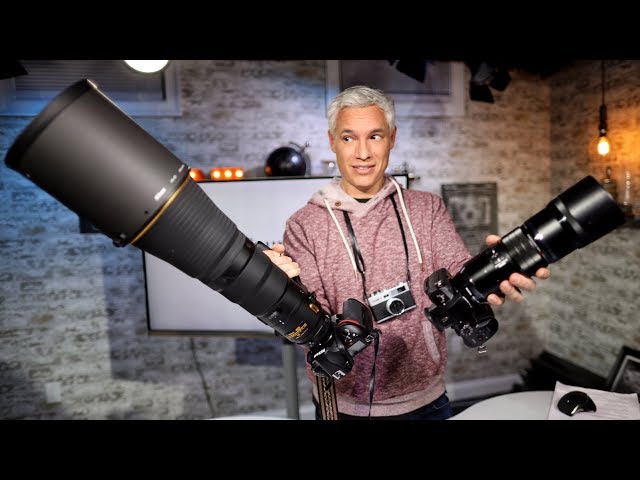 In the video, he clearly says that he thinks it’s not going to happen suddenly, but slowly. Yet titles say “The Imminent death of Micro Four Thirds” or “Micro Four Thirds is Dead”. So watch and read carefully and do your own research before coming to conclusions.

I follow Tony’s channel and I like his work, but I disagree with this way of sharing opinions and news. A clickbaity title is more than acceptable among Bloggers and YouTubers and an understandable marketing choice nowadays, but in this case, it completely conveys the wrong message and confusing to the less experienced audience.

People have been ‘screaming’ that Micro Four Thirds was going to die so many times and from years ago and yet they are still out there. Look at the table above. According to the BCN Japanese market share analysis, Olympus is second only to Canon. Sony is only third despite the Sony A7III. It doesn’t look like Olympus is dying.

Nobody has ever stated that Micro Four Thirds is better than full-frame or APS-C and nobody, neither Panasonic nor Olympus have ever claimed that performances are the same across all sensors or that their lenses will produce the same Depth of Field. But what is certain is that a large number of professional photographers love micro four third cameras and use it regularly to make a living. Micro Four Thirds is a good and successful system and it’s not going anywhere any soon.

I can’t imagine companies that invested years and millions in research, developing something to this level of quality, all of a sudden abandoning it to enter the full-frame market where they are completely behind their competitors. Also, I don’t see why if Panasonic enters the full-frame market and focus mainly on it, micro four thirds should die. What about Olympus? What about Blackmagic video cameras or DJI drones that use micro 4/3?

Many major companies such as Nikon, Canon, Sony, produce more than one sensor size system at the same time. Don’t they all produce full-frame and APS-C sensor cameras? So I don’t see why Panasonic should let the excellent GH5 or GH5s systems die just because they now have the full-frame Lumix S1 and S1R. 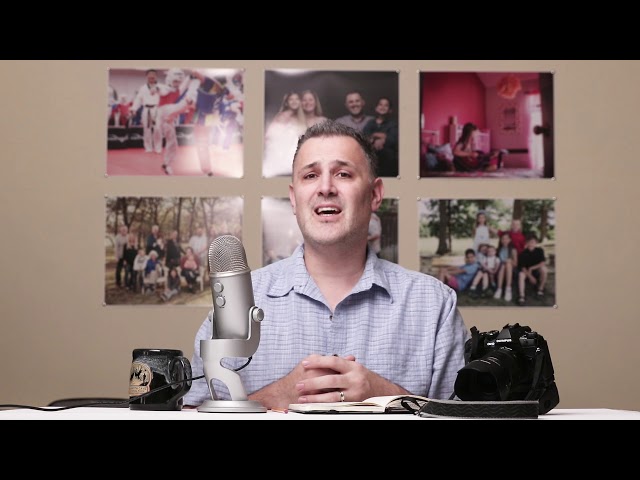 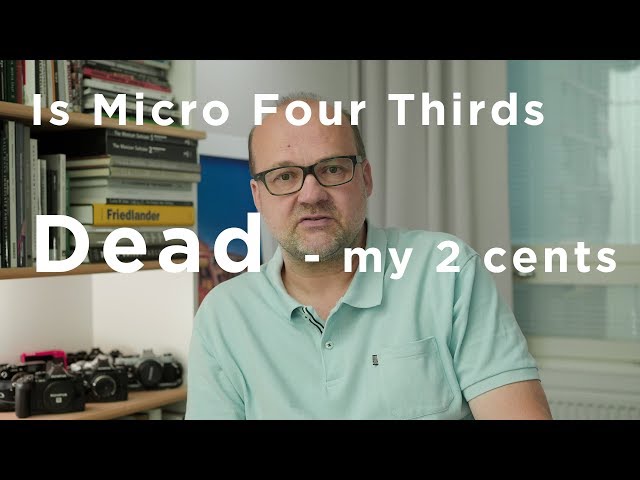 Should I Buy a Micro Four Thirds Camera

So we’ve seen what Micro Four Thirds cameras are. How it determined and contributed to the beginning of the mirrorless era and how innovative Panasonic and Olympus have been in order to push the boundaries of what such a small sensor can achieve.

Micro Four Thirds is still relevant in the industry. But the next question you might ask is should I buy a m43 system? The only answer I can give you is: it depends. Ultimately it comes down to the type of photography you take, on your style and type of work you do. Cameras are tools.

A lot of professionals decide to have the m43 system as an addition to their full-frame systems. A particular work assignment might require lighter equipment and less visibility of their gear. Travel and adventure photographers often opt for the Micro Four Third system. A smaller set of lenses and bodies allow you to travel light without worrying to much about paying extra money for your extra baggage and also if like me you love hiking and take photos of locations that require a long walk to reach, it’s definitely a yes.

Micro Four Thirds systems are the best you can get for that type of use. They are not going away any time soon.
And you? What system do you use and what’s your opinion? Let me know in the comments below.

Get the 7-Day
FREE PHOTOGRAPHY COURSE:
Path to Photography Expert

Get the 7-Day
FREE COURSE:
Path to Photography Expert