Repeating patterns are a compositional element of photography that every photographer should try to use.

Repeating patterns add life and dynamism to an image, they can make your photos less boring. If used correctly patterns add interest and visual impact to an image. Beginner photographers generally put too much effort to capture single subjects. While other compositional elements such as diagonal lines are used to drive the viewer’s eye, patterns and recurrent elements convey strength and order to artistic compositions.

Let’s explore how to use repeating patterns in your photos to create pleasing and unexpected effects in your pictures.

Repeating patterns and texture, occur naturally all around us, all we have to do is seek them out. Typically patterns can always be found where graphics repeat themselves. For example, you can find patterns within shapes, lines, and colors.

They don’t have to be perfectly symmetrical. For example, naturally occurring patterns can be seen in synchronized swimming from fish in the ocean. When patterns are naturally formed such as those in nature, the result is quite beautiful.

Patterns are usually not considered to be the subject of an image, however, they can be. By looking around your environment for patterns, you are bound to find some exciting ones. For example, start by paying attention to your daily routine.

When you are at home, in the car, on the train or at work, find patterns that attract your attention. The more you look for patterns, the easier it will be to spot them in the future.

Look for leaves falling off a tree or repeating elements in the urban space around you. Again, reoccurring elements don’t have to be perfectly symmetrical.

Fill The Frame With Repeating Patterns

When capturing the pattern through your lens, it is very important to allow the pattern to fill up your camera field of view. There are numerous ways to accomplish this. For example, you can move closer to the subject.

Zooming in to the subject is also an option, however, if you are using a compact camera digital zoom should be avoided to preserve image quality. So to keep your image quality high, always move closer to your subject (pattern).

If you are using an interchangeable lens camera, getting closer and shooting at the right focal length instead of using the zoom, will eliminate lens distortion.

When you allow your subject (pattern) to fill up the entire frame, you will achieve a more dramatic result. This is a great way to remove the sense of scale from your images. Solely focusing on a pattern will allow your viewers to analyze and study it without knowing how small or large it is.

Regular patterns are easy to spot. They produce a beautiful result when photographed, especially when there is color in the pattern. For example, soldiers in red jackets standing in perfect formation make for a great effect.

Utilizing different viewpoints and angles is a great way to capture the most dramatic effect of your pattern. Rows of geometric shapes/ other shapes are known as regular patterns.

Some other examples of regular patterns would be a row of trees or a honeycomb.

Some examples of this would include a forest floor with fallen leaves and parachutes in the sky. Neither of these examples are regular patterns, however, they are still considered patterns as I’ve mentioned before. And they are my favorite to capture.

The reason why I prefer irregular patterns is that they make the image more alive and dynamic. It’s always challenging to tell a story through a static image, more so if there’s nothing happening in the scene. Irregular patterns help with this.

Using a pattern to fill up your frame will allow your viewer to lose the sense of scale of the image. This is beneficial when your intention is to only focus on the pattern. When your pattern is close enough, the repetition of the pattern is evident and appears to be overtaking the photo. As long as the repetition is used from edge to edge in your photo, it will create an illusion to the viewer (even if pattern repetition ends just outside of the frame).

Examples of this include bricks on a building, bicycle wheels, or faces in a crowd. To your viewer, there could be hundreds of patterns just outside of the frame.

This is the desired effect when emphasizing the patterns. Allowing the repetition to be featured throughout the image is great for keeping the viewer’s interest.

Breaking the Rule of Repeating Patterns

Breaking the pattern is perfectly okay. Including an object that breaks the repetition can be beneficial. For example, a leaf stem can be used to break up the pattern on the leaf. If the photo only used the lines on the leaf as a pattern, the image would feel cold and bland. By including the stem, the pattern is naturally broken up and more appealing to the eye.

The object used to break up the pattern should not be overpowering. If the object is too large, it will disrupt the effect of the pattern. Using an element such as a seashell to break up patterns the sand is a great way to create a more aesthetically-pleasing effect in your photograph.

One of the easiest way to find new compositions in photography is to change your angle of view.

You can achieve symmetry, break patterns or add balance to your pictures by moving around and seek a better angle to shoot.

Photography is about experimentation, it’s a process. Sometimes it’s not enough to spot a beautiful looking subject, you might have to make an effort to create something unique to deliver captivating images.

For example you could combine multiple rules of composition like in the photo below. The repeating pattern formed by the boats is emphasized by the low angle and the symmetry created by the water working as a mirror.

In this interesting video, photographer Ray Scott talks about seeing and using patterns in photography and gives us some very useful tips. You’ll see different examples of regular and irregular patterns repeating in the world around us. 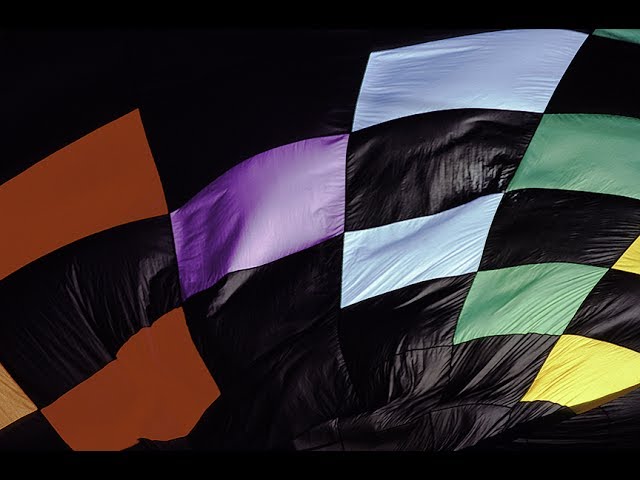 The presence of patterns in photography reduces chaos and add calmness strength to images.

Now you can start noticing repeating patterns in the world around you and think how to include them in your photos to deliver punching effects.

Will you go after regular or irregular patterns? Will you look for natural repeating elements or will you spot repeating patterns in urban landscapes? Jump to the comments below and let us know.